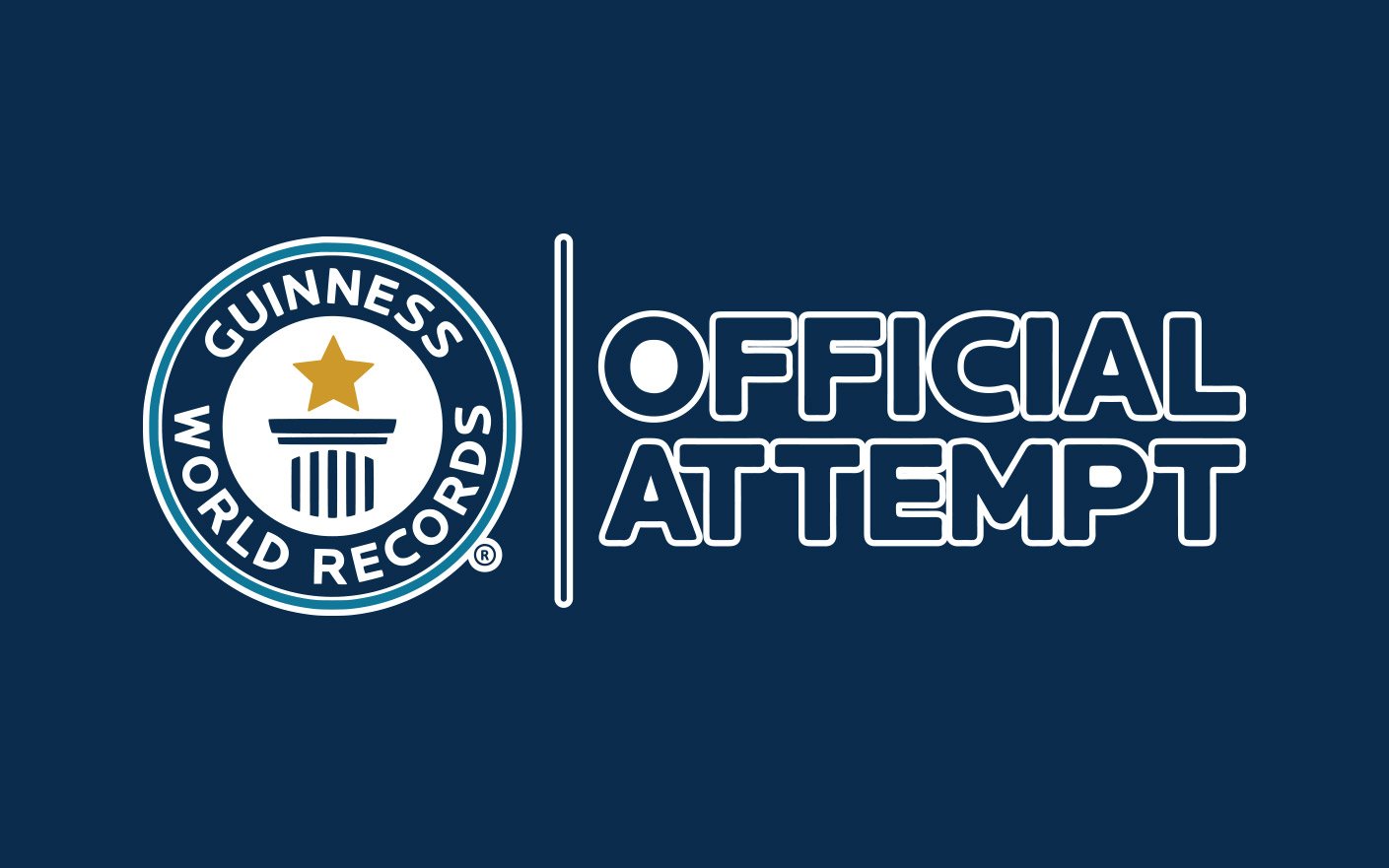 We have previously worked with Oswestry Rugby Club before for signage around the club and ground as well as various sponsor boards. With our truss structure available for hire and some printed mesh banners to fit into the frames, it was a perfect opportunity for them to have a centre piece for their world record attempt, using it as an entry point to count the people as they arrive to the session to attempt the record.

With the attempt of the Guiness World Record for largest Rugby Union lesson, Oswestry Rugby Club ( in partnership with The Movement Centre ) needed a focal point for the event. With our truss structure fresh off the back of the successful outing for Oswestry 10k it was the perfect chance to bring out the structure again.

With the size of the frame decided we designed the banners that would go inside of the structure. A fully branded mesh banner was required for the header, featuring the Oswestry Rugby Club logo, The Movement Centre logo, Guiness World Record logo and the record to be attempted, with everything designed in mind to be visible and seen clear from a distance. On the side we were able to have our own banners displayed promoting our event branding services.

The truss structure was used as the gateway to the event and allowed the club to record clearly people arriving to contribute towards the record attempt while also providing a great photo opportunity.

In total, 1,217 children from clubs across Shropshire and beyond took part in the largest rugby union coaching session held on Oswestry Showground, smashing the previous record of 602! 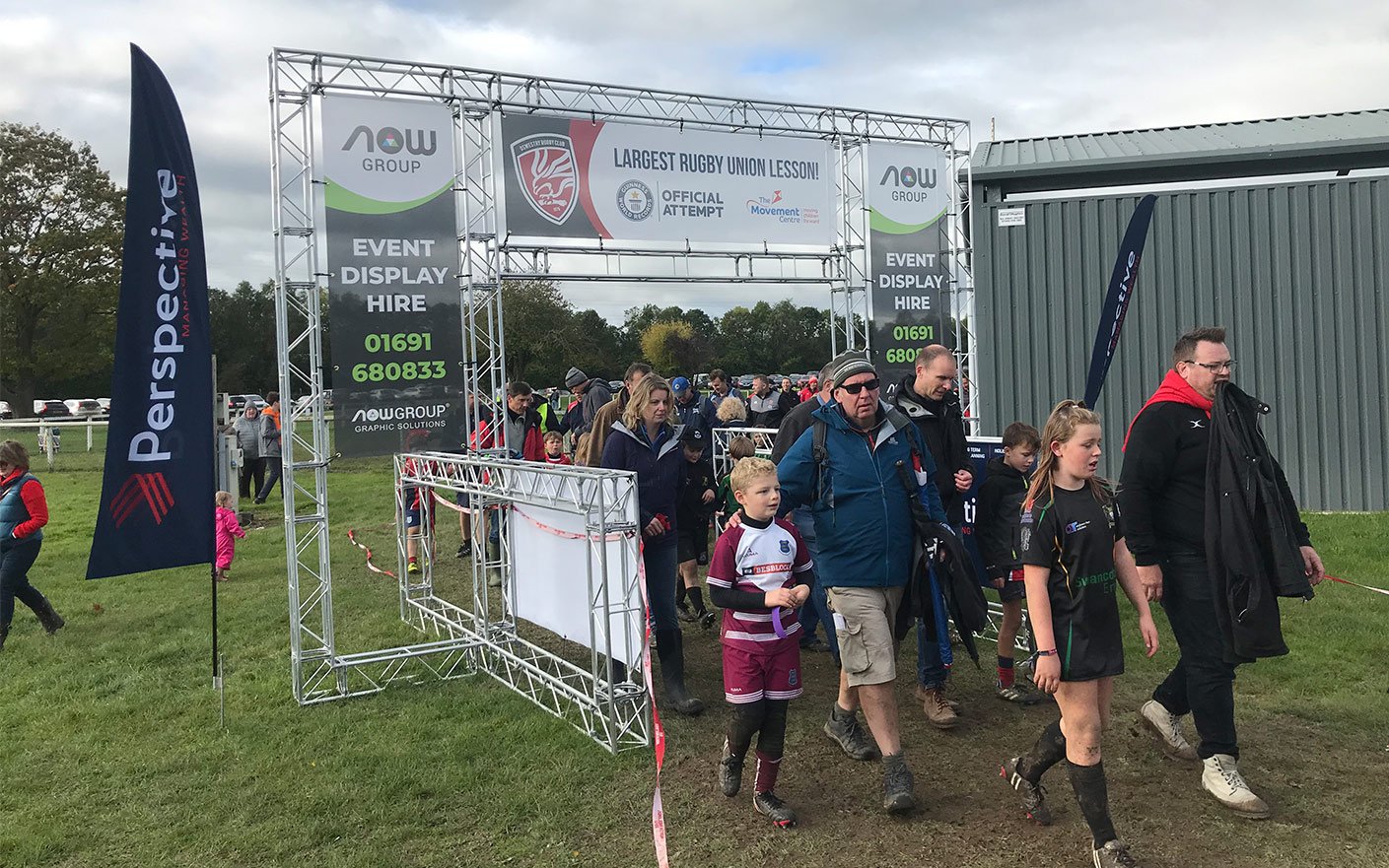 A new world record for Oswestry Rugby Club and The Movement Centre, smashing the previous record of 602 for the largest Rugby Union lesson with a turnout of 1,217 people.

A great turnout for the event with a new world record achieved of 1,217 people!

The truss hire can be used for many more events with printed mesh banners.

The event helped raise the profile of the club and brought the community together.